The Jean-Félicien Gacha Foundation is currently hosting a documentary film training ‘Patrimoine et Histoire Coloniale’ under the direction and coordination of the director Jean-Marie Teno.The Gacha Cultural Space is financing this project to highlight Cameroonian cinematography, alongside the Goethe Institute of Cameroon, the International Organization of Francophonie, Raphia Films and Jean-Félicien Gacha Foundation.

One of the objectives is to train young Cameroonians to produce cinema documentaries so they can mobilize these skills to preserve their heritage in audiovisual projects relating human et societal issues that concern them. 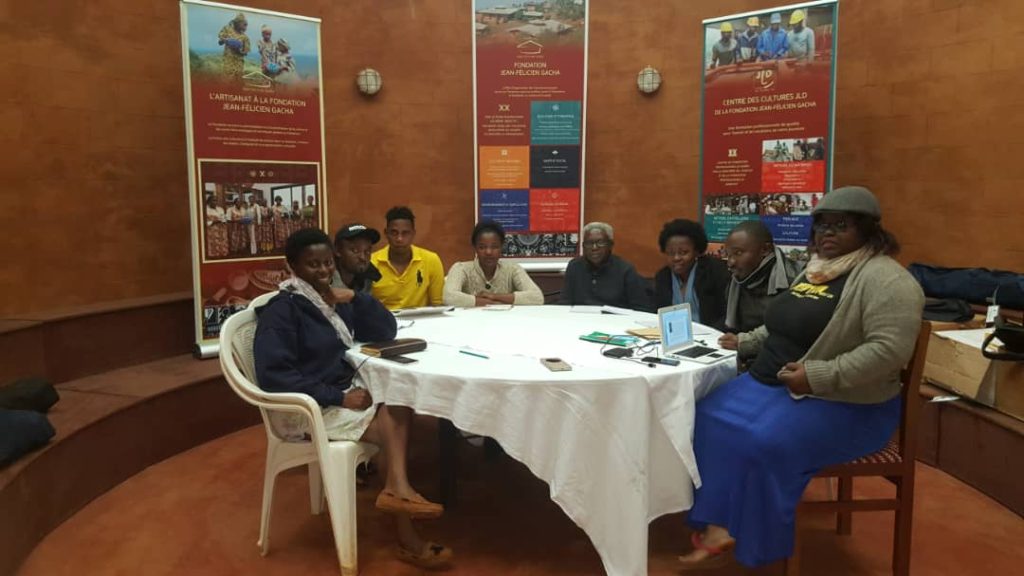 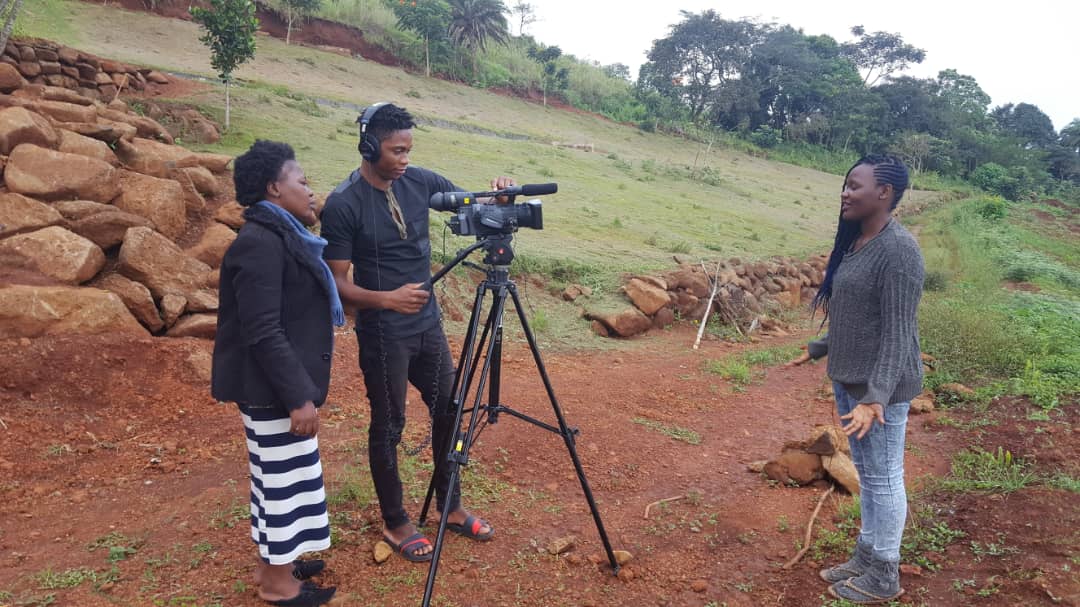 Course and projects of trainees:

Her film focuses on the issue of development in Africa in view of the difficulties of handling the few tools of industrial production after colonization through the case of the old quinine extraction factory of Dschang.

Her film is about the role of blacksmith during the colonial wars. Being part of a linage of blacksmiths, she witnessed the evolution of their production from weapons of war to weapons against poverty and to elements of seduction today.

Steve Fotso, is an editor who works in audiovisual since few years

His project ‘Restes d’une frontières’ is interested in an original form of conflicts resolution that took place between Bandjoun an Bayam to stop a stalemate that became a war that no one could win.

Her film project is based on the trending return of looted properties during the colonial times. Belonging to the Nso people where she originates, Ngonso is one of the sculptures looted by Germans. Her film therefore seeks to examine the twists of the return of this Sculpture.

His upcoming project highlight the way that Africans took appropriation of coffee seed during colonial era.

Chrystelle Magne Tamo is a cinematographer who has been working on documentaries and fiction films for a few years. She holds a Master 1 degree from the University of Yaoundé.

Her film is based on the fear that surrounds everything related to the Palace. This fear prevented them from acknowledging the reality of the metamorphosis happening in her father’s life after he performed in a film taking place in the palace 30 years ago.